PORTLAND – Preliminary judging has been completed in the 2017 Ninth Circuit Civics Contest for high school students in the western United States, Guam and the Northern Mariana Islands.  All told, over 1,000 young people entered the contest, which offers cash prizes and a chance to meet some of the nation’s preeminent jurists and legal practitioners.

“Not to Be Forgotten: Legal Lessons of the Japanese Internment” was the theme of the contest, which focused on key U.S. Supreme Court decisions related to the incarceration of Japanese-American citizens at the outset of World War II. Students in grades 9-12 in public, private and parochial schools and home-schooled students of equivalent grade status were challenged to write an essay or produce a short video on the topic.

All of the 15 federal courts in the Ninth Circuit held local contests with winners going on to compete in the circuit-wide competition. In all, 45 essays and 36 videos were selected for final consideration by the Ninth Circuit Courts and Community Committee, which will announce the winners in June. The winning essay will be read and video shown on July 17 during the opening session of the 2017 Ninth Circuit Judicial Conference in San Francisco, a major gathering of the federal bench and bar in the western states.

Among the finalists are the winners of a local contest sponsored by the United States District Court and the United States Bankruptcy Court for the District of Oregon. The winners will receive cash prizes, and the first place winners have been invited to the award presentation at the Federal Bar Association Oregon Chapter’s Annual Dinner on May 25, 2017.

The Oregon winners are:

The District of Oregon winners go on to the larger Ninth Circuit contest, which offers additional prizes of $2,000, $1,000 and $500 for the top three essays and videos, and a trip to San Francisco for the first place winners, accompanied by a parent or guardian, to attend the circuit conference.

“Civics education helps ensure that young people become knowledgeable citizens who understand and participate in our democracy. We are extremely pleased to have had so many students from so many different places in the circuit participate,” said U.S. District Judge Janis L. Sammartino of San Diego, who chairs the Ninth Circuit Courts and Community Committee.  The Ninth Circuit takes in the states of Alaska, Arizona, California, Hawaii, Idaho, Montana, Nevada, Oregon, and Washington, the U.S. Territory of Guam, and the Commonwealth of the Northern Mariana Islands. 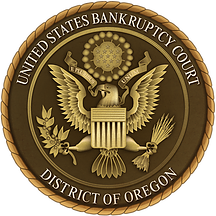 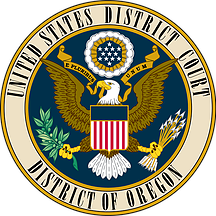 Archive reflects the past three years of News & Announcements.